San Mateo is a large suburban city that was established in 1894, situated in the mid-peninsula of the San Francisco Bay Area just 20 minutes south of San Francisco. It is very easy to get to by train, bus or 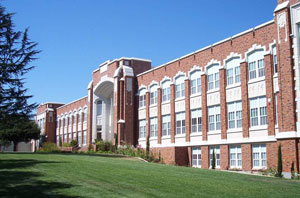 uber/taxi from the nearest airport, San Francisco International Airport or SFO as it is locally known, which is conveniently only a 10 minute drive. With a mild, mediterranean-like climate and its proximity to one of the greatest cities in the world, San Mateo is the perfect hub for Silicon Valley entrepreneurs who need a place near a major airport and all the major players in the tech world such as Google, Apple, Oracle, Electronic Arts, Facebook, YouTube, Samsung, Tesla, Marketo, GoPro, Sony, and all the many startups that seem to sprout everywhere in and around the city of San Mateo. Those in search of peace and tranquility can find it a short 20 minute drive west to the coast. Half Moon Bay and Highway One are all easily accessible through Highway 92, a major artery of San Mateo.

Although the majority of Silicon Valley’s mid-peninsula is rapidly changing due to gentrification, the demographic makeup of San Mateo is still very much vibrant and diverse. The 2010 United States Census reported that San Mateo had a population of 97,207. While the majority are White (46%), there is 2.5% of African Americans, 0.5% Native American, 19% Asian, and 14.5% Mexican. There are lots of areas where the latino population continue to dominate as evident by the wide array of restaurants specializing in Mexican, Brazilian, Argentinian and Salvadoran foods, as well as all types of Asian delicacies. Early Japanese settlers made San Mateo their home, consequently there are lots of Japanese landmarks such as older Japanese inspired buildings and a major Central Park with the biggest Japanese tea garden in the peninsula. The range of Japanese cuisine is very much a homage to its roots. Aside from the wide array of cultures, the majority of the supermarkets and bakeries are for the most part locally owned by minorities, making the city of San Mateo a welcoming place to anyone looking for a home away from home.

Aside from all the major conveniences of being a city with easy access to the entire peninsula and the San Francisco Bay Area as a whole, San Mateo’s suburban qualities make it a great place to raise a family. With its great climate and clean air thanks to the nearby mountains and the neighboring San Francisco Bay. The city also offers one of the most developed downtown areas in the entire peninsula with many restaurants, movie theaters, a shopping district and many bars and nightclubs. With great schools, parks, museums and one of the biggest libraries in the Bay Area, San Mateo offers the best of both worlds for those who want the vibrancy of a city like San Francisco without the traffic, congestion, or the fast-paced lifestyle of living in a major city.