Do You Need a Fitbit® If You Have a Smartphone? 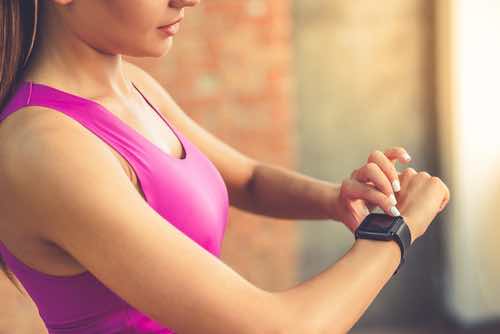 Ever since wearable fitness trackers came out, this has been a debate. Is a fitness tracker necessary if you have a smartphone with a fitness app installed? The answer is it depends. Specifically, on these three things:

How you plan to use it: Unless you have your smartphone with you all day long, including bouncing up and down in your pocket when you are out running, it will not record steps. With a wearable fitness tracker, like any in the Fitbit® line, each move is tracked and counted. Just synch once a day with your smartphone to see all the data it collected during the day.

Another disadvantage of using your smartphone to track fitness is battery life. With a fitness app running in the background, the life of a battery charge is severely shortened. With most FitBit® devices, they can go four or five days between charges.

Where you plan to use it: Most smartphones are not waterproof, so taking them in the pool (plus where would you keep it!) is not a viable option. The new FitBit® Flex 2 is fully waterproof down to 30 feet, so it records activity while even exercising in the pool. Most serious joggers do not carry their smartphone with them while out running, so if using just a smartphone app, their running steps would not be captured. Wrist-worn FitBit® fitness trackers capture each step taken so you get an accurate picture of your fitness activity for the day.

What you want to track: Two common measurements people are now tracking are heart rate and sleep, both of which are not trackable using most smartphones. However three models in the Fitbit® line track this data (Charge 2, Blaze and Surge)

Heart Rate – Monitoring heart rate is important as you want to get your heart rate up into the target heart rate zone (220 – age times 70% to 80%) for maximum fitness benefit while at the same time not overworking your heart. The PurePulse® feature on all three models noted above not only heart rate but also heart rate zones so you can see the benefit you are getting at a certain heart rate.

Sleep Monitoring – Not only will these trackers tell you how long you slept but also how well by tracking how many times you were awake and or restless. You can even set a wake-up alarm that will vibrate on your wrist when it is time to get up.

While smartphones can do some of the same things as wrist-worn fitness trackers, they usually cannot do them as efficiently or as comfortably. The best combination is to use both – track data with a FitBit®, and analyze the downloaded data in the FitBit® app on your smartphone.