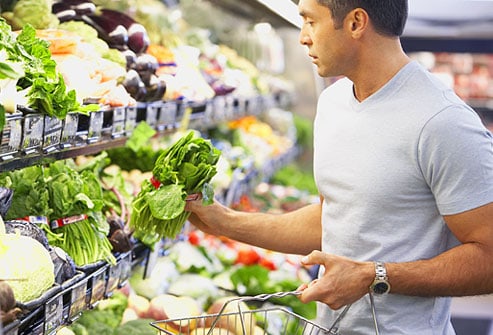 If you have ever priced organic foods at the supermarket, you know they are quite a bit more expensive than non-organic. But, are the health benefits they provide worth the extra cost? According to a Pew Research Center study, 55% of Americans think organic food is healthier (although no concrete evidence exists to confirm this)
Since 2002, foods labeled organic must follow guidelines and pass inspection based on a set of strict rules developed and implemented by the Department of Agriculture. Producers passing inspection can label their products as organic, meaning organic is:
– free of pesticides and herbicides
– not exposed to synthetic fertilizers
– not fertilized by sewage sludge
– free from bio-engineering or modification
– not subjected to ionizing radiation.
That assurance is enough to make paying the extra price worth it to some people. For others, they pay extra because they believe the food is more nutritious, tastes better and is more environment and animal-friendly that non-organic products.
But back to the original question “Are organic foods healthier?”
From a nutritional standpoint, there has not been enough research comparing nutritional values between organic and non-organic to say without a doubt if organic is healthier or not. One study out of Stanford University found some organic fruits contain more vitamin C, and certain minerals and antioxidants than non-organic, but the differences were so small, scientists don’t think it would have an impact one way or the other health nutritionally.
We know foods today, regardless if organic or not, are not as nutritious as the ones grown by our grandfathers. Because the soil has suffered depletion over the years and is not as good as it once was, our products end up not being as nutritious.
However, most people agree that organic produce does taste better. That most likely is because most organic producers are small operations in a local area where their products are marketed, so their field-to-market time is shorter. Certain nutrients like vitamin C oxidize over time, so the fresher the produce, the better it will taste. This can be interpreted as being more healthy than non-organic, but the only real difference was time to market.
One can make a case that organically-grown food is healthier because it does not contain residual chemicals normally used in conventionally-grown products, like fertilizers, pesticides and herbicides. But organic farmers can legally use USDA organic-approved copper sulfate as a fungicide, which can be just as dangerous as non-approved fungicides.
Many food scientists believe people could derive more health benefits if they would take the additional money spent on organic fruits and vegetables and buy more produce whether organically grown or not.
So back to the original question “Are organic foods healthier?” In the end, it comes down to the perception of the person buying the products!