How Exercise Can Help Beat the “Winter Blues” 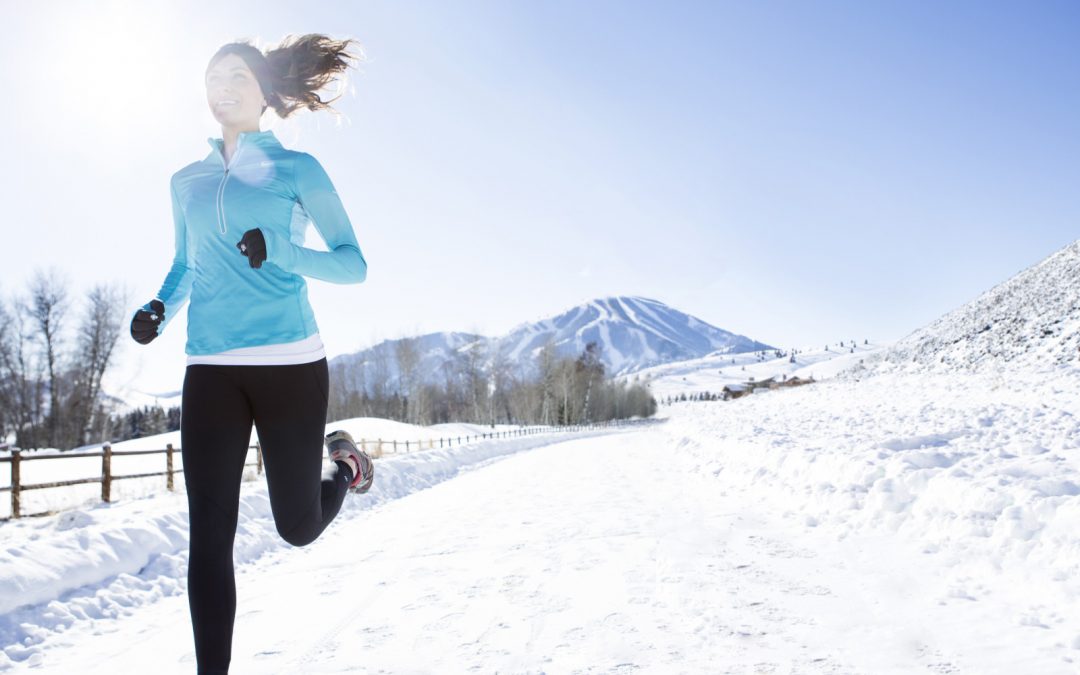 During the winter many people are afflicted with Seasonal Affective Disorder (SAD) commonly called the “winter blues”. Thought to be caused by a decrease in the hours of sunlight, typical symptoms of this mood disorder include a lack of energy, sleeping more, overeating, depression and a general overall lethargic feeling. If you are one that suffers from SAD, you have to take control of it or it will take control of you. Otherwise all the hard work you put into looking and feeling good across the other three seasons will be for naught with a gain in weight as a result.

Exercising works at beating the winter blues for these reasons…

When exercising, your heart rate increases thus pumping more blood throughout your circulatory system. More blood over a given time means more oxygen going into the cells and more wastes coming out.

Any exercise increases the rate at which your body burns calories, but cardio training tends to burn more than strength training. Because people afflicted with SAD tend to crave carbohydrates more in the winter, it is important to do exercises that give you the most calories burn per minute of exercise. However, be sure to include at least a couple days per week (but not in a row) of strength training for toning and definition.

Increased Oxygen to the Brain

Exercising not only increases blood flow to your muscles, but also to the brain. As a result of the additional oxygen, brain function increases making you more alert and cognitive.

Because the winter blues is a mood disorder, anything you can do to counteract its affects will make you feel better. When exercising, a hormone called serotonin is released. In the running world, although it is not limited to just runners, the release of serotonin is known as a “runners high”. This feel-good feeling can last for hours after exercising.

If it is too cold or blustery outside to exercise, your only option is to do it inside. Whether you choose to exercise at home or at a gym, the important part is that you force yourself to do it. With SAD, it is easy to talk yourself out of exercising, but don’t do it. You’ll feel better and be able to minimize weight gain, by continuing exercising during the winter.

If you live in an area where the winters are not too bad, take your exercising outdoors. You will feel better from the just breathing in the fresh air and soaking up the sunshine, let alone the benefits gained from exercising.

Indoors or outside; the point is to push through the effects of the winter blues and keep exercising. You’ll thank yourself in the spring.